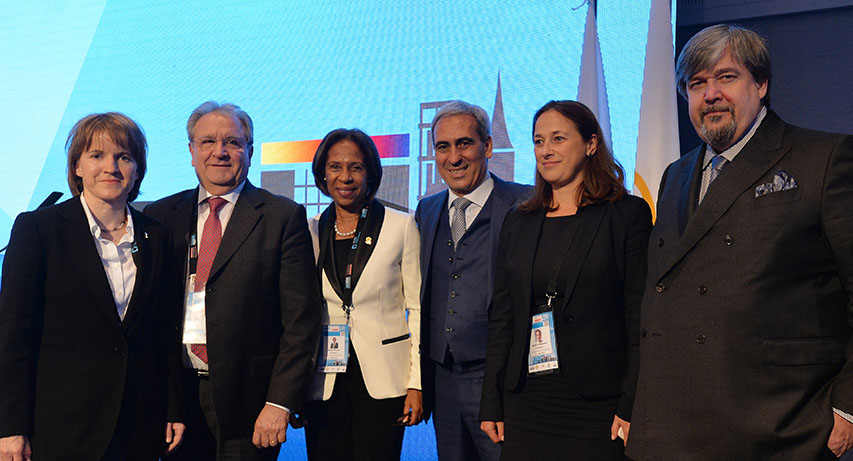 Raffaele Chiulli, President of the UIM (the worldwide federation of powerboating) was unanimously re-elected President of ARISF for another four year term by the ARISF General Assembly held in Aarhus in Denmark. For those who don’t know Raffaele Chiulli, he’s the fourth from the left on the photo.

ARISF is the Association of all 37 International Sport Federations recognized by the International Olympic Committee. “I am honored and pleased of the confidence and trust that I have received by the 37 International Federations of ARISF which represents a tangible recognition of the hard work jointly carried out for the unity and cooperation with all stakeholders of the sport worldwide, especially the IOC and SportAccord with whom our relations are excellent. I am very satisfied with the several important achievements for our international federations such as the inclusion in the Tokyo Olympic Games of five ARISF sports. I am also proud of the fact that the ARISF is the first, if not the only one, international sport organization to have elected a board of absolute gender equity playing a key role in the concrete implementation of the principle of gender equality, which is one of the cornerstones of the reforms by the IOC President Thomas Bach”.