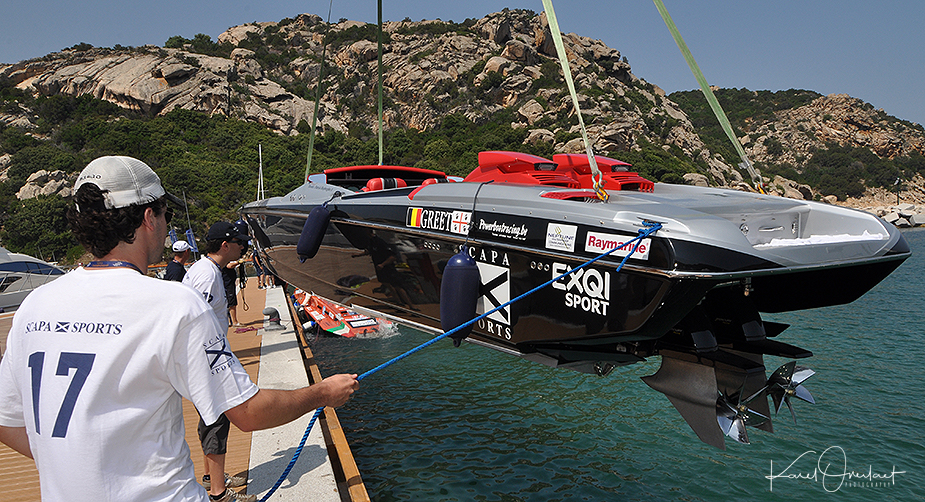 END_OF_DOCUMENT_TOKEN_TO_BE_REPLACED

Powerboating got hold of some premium spy pics of Spirit of Belgium’s new powerboat. This Nor-Tech 427 was built in the States around New Year. Amongst the three persons aboard, on the left you see Nils Johnson, designer and co-owner of Nor-Tech. The powerboat is built out of polyester and kevlar and under the hood there are two Mercury 600 engines. END_OF_DOCUMENT_TOKEN_TO_BE_REPLACED

As well as a new sponsor Shelley has also formed a new team and she takes the driving seat in the Supersport team “Spirit of Belgium” beside throttleman Patrick Huybreghts. Patrick who holds a Guinness World Record for the fastest crossing of The English Channel in 2007, finished his inaugural championship in 2009 in 4th position overall and is hungry for more success in his second Powerboat P1 season. END_OF_DOCUMENT_TOKEN_TO_BE_REPLACED

Although the race in Sicily didn’t become the spectacular third finish finale our rookie team had hoped for, a look back at our season enlightened the great experiences we have enjoyed in 2009. END_OF_DOCUMENT_TOKEN_TO_BE_REPLACED